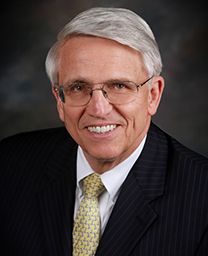 Most of Lane’s work focuses on trials of all types of casualty matters, from industrial plant explosions to trucking to unlawful arrest and injury. He has tried more than 1,500 matters to conclusion, over half have been jury trials. He has argued in Louisiana Appellate Courts more than 750 times and in the Louisiana Supreme Court over 50 times. And in Louisiana Workers’ Compensation Courts several hundred times all over Louisiana.

In one tragic multi-party accident involving 12 vehicles totally lost and 6 persons killed, some by burning, Lane tried a clear liability matter in Federal Court in Louisiana and saved his insurance client more than $20 million.

Recently, knowledge of the legal system led to his devising a plan and making a recovery of nearly $500,000.00 paid by an insured company to the injured worker of its subcontractor. The plan devised was not thought of by the insurer client nor by the insured and when announced, was thought to be farfetched.