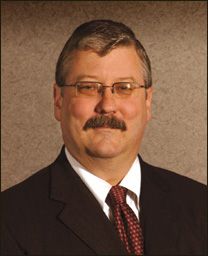 Mark Clemer has many positive judgments in his legal career, but several stand out. He handled a case from its inception that prevents insured claimants from holding their insurance companies hostage in settlement negotiations where a significant portion of potential damages are not covered under the policy.

Another case accomplished the reversal of a $4 million verdict against an insurer for breach of duty. He won a case where he represented an excess insurer in a suit by the named insured, involving $26 million in damages from construction defects. That case was appealed and he obtained a dismissal of the appeal on technical grounds. A case tried in Federal Court in New Orleans kept his client from more than $1 million in potential liability, and the Fifth Circuit affirmed the judgment for his client.

One aspect of Mr. Clemer’s practice involves excess insurers retaining his services when they feel dissatisfied or uncomfortable with the counsel retained by the primary insurer. Recently he successfully contested personal jurisdiction in 36 cases, obtaining dismissals for out-of-state companies that did not have sufficient business contacts in Texas to justify jurisdiction in the state.

Beyond his legal work, Mr. Clemer stays active at his church and playing softball. He says church helps him stay centered and calm in pressure situations, and softball helps him compete without rancor.