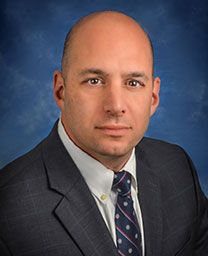 Mr. Rosenblatt received a Bachelor of Science from the United States Merchant Marine Academy, where he also earned his Third Assistant Engineer License Unlimited from the United State Coast Guard. Mr. Rosenblatt sailed aboard ocean going cargo ships for six years, advancing his license twice while working in the Persian Gulf and serving ports in Africa, Australia and Asia. Following that, Mr. Rosenblatt earned his Juris Doctor in 1999 from the Thomas M. Cooley Law School and a Legal Masters in Admiralty/Maritime Law in 2000 from the Tulane School of Law.

Mr. Rosenblatt was admitted to the Louisiana State Bar in October 2000. He is a member of the New Orleans Bar Association.