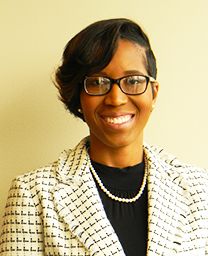 Most of Temia’s work focuses on complex litigation involving the Defense Base Act and the War Hazards Compensation Act under the Longshore and Harbor Workers’ Compensation Act.

She received a Bachelor of Journalism degree in 2010 from the University of Missouri – Columbia, studied Civil law at Loyola University College of Law in New Orleans, Louisiana, and received a Juris Doctor in 2015. She is a Member of the Louisiana Bar Association.