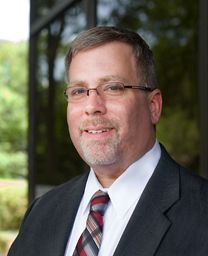 Allen Hemphill is a no-nonsense attorney who finds every case satisfying because he believes he can always help his client realize a better result. His goal is to obtain a summary decision; however, when that is unavailable he attempts to negotiate the best disposition possible for his client.

One particular case illustrates what is satisfying about law for Mr. Hemphill. It was a wrongful death case with several national corporations as fellow defendants pointing fingers at his client, a smaller company. He was able to poke holes in the theories advanced by the larger defendants and received a good result for his client.

He came to the law because he enjoys the combination of scholarship and an adversarial aspect. He has an MBA and originally worked as a general counsel along with handling more traditional business activities for the same company. After deciding to concentrate on the legal profession fulltime, he developed an approach to the law that allows him to get the best possible result for his client.