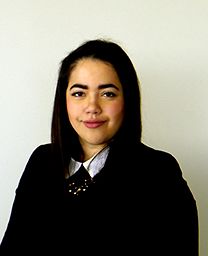 Mrs. Phillips’ practice focuses mainly on claims filed under the Longshore and Harbor Workers’ Compensation Act (LHWCA) and the Defense Base Act (DBA).

Mrs. Phillips was born and raised in Caracas, Venezuela. She lived in Germany for a year, before going back to Venezuela for her Law degree. While at law school she worked for the Legal Department of Chevron Venezuela for two years, before leaving to pursue a Master of Law. Mrs. Phillips speaks English and Spanish fluently, as well as German at an intermediate level.

Prior to joining Brown Sims, Mrs. Phillips worked as a Criminal Defense Attorney primarily in the Houston Municipal Court and the Justice of the Peace courts, specializing in Class C Misdemeanors, where she acquired invaluable trial experience.

Mrs. Phillips graduated from the Universidad Católica de Andres Bello, in Caracas, Venezuela in 2014. She was licensed that same year, before leaving to obtain her Masters of Law in Global Energy, International Arbitration & Environmental Law at The University of Texas at Austin in 2015. Mrs. Phillips is licensed to practice both in Venezuela and the State of Texas.