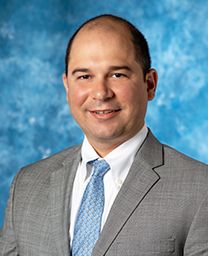 John worked at a high-volume plaintiff’s firm for six years after graduating law school. He did much of the firm’s research and writing along with handling the discovery and motion practice for its larger cases. He helped the younger lawyers prepare their cases for judge trials and often tried or supervised these trials. Further, he assisted senior attorneys prepare for jury trials.

He has lived most of his life in the Greater New Orleans area and has a background in the hospitality industry. When not working, he loves to cook, fish, and travel.