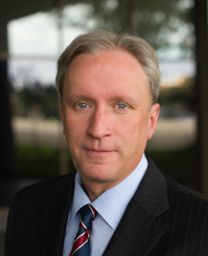 The importance of remaining cool in the courtroom or across the negotiating table is not lost on Nelson Skyler. Like the poker player he is, Nelson takes pride in being able to read his opponents and their witnesses for the non-verbal communications.

Mr. Skyler is so thorough in his approach to a case that he doesn’t have to be in the courtroom to benefit a client. Recently he spoke to a client who mentioned that his company had a case being tried in another state.  The client made Mr. Skyler aware of some troubling questions being sent out by the jury during deliberation.  Mr. Skyler became concerned that a verdict well in excess of coverage was likely against his client.

Mr. Skyler immediately requested all correspondence between his client and their insurer and determined that a “policy limit” demand had been made on the client prior to jury deliberation and was still pending.  He went to the office on a Saturday night and researched the law of the other state on what is known in Texas as the “Stowers Doctrine,” which defines the insurer’s duty of care in responding to settlement demands within policy limits. He forwarded a letter to all carriers protecting the client from any excess verdict.  The verdict greatly exceeded policy limits, however, Mr. Skyler drafted a contract post-verdict protecting his client from any liability.

Mr. Skyler graduated from the University of Houston in 1988 with a Bachelor of Science degree. He earned his Doctor of Jurisprudence from the South Texas College of Law in 1992 and he is admitted to practice in United States District Courts for the Southern and Western Districts of Texas.

Besides gaining an enviable record as a litigator, he also participates in the development of seminars for clients that inform them of changes in state and federal law and legal concepts important to their line of work.