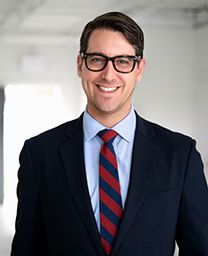 At Tulane Law School, he was a member of the Moot Court Executive Board and participated as a coach and competitor in the Willem C. Vis International Commercial Arbitration Moot. Mr. Cenac also served as the President of the Tulane Law School Disability and Health Law Society. In 2013, Mr. Cenac was awarded honorary membership in the Order of Barristers.

After graduating from Tulane Law School, Mr. Cenac served as a law clerk to the Hon. Jay C. Zainey at the United States District Court for the Eastern District of Louisiana. He also formerly served as the Co-Chair of the Louisiana State Bar Association’s Legal Services for Persons with Disabilities Committee.

Mr. Cenac is licensed to practice in both Texas and Louisiana.

Mr. Cenac and his wife recently celebrated the birth of their first child.