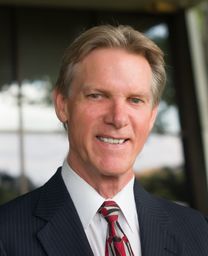 Randy Koecher is well known as a tough defense attorney and an effective negotiator to the maritime community and other business groups, his fellow litigators and local judges.

Mr. Koecher has a top rating of AV from Martindale-Hubbell and thrives on the workings of the law. When he is not going to battle for Brown Sims clients, he handles cases pro bono for the indigent or members of the firm who have legitimate claims or defenses.