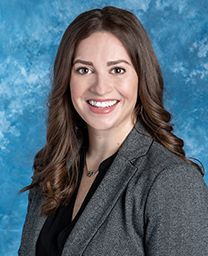 Ms. Veech received a Bachelor of Arts degree in History with Minors in Business and Religious Studies in 2015 from Rhodes College in Memphis, Tennessee. Ms. Veech earned a Doctor of Jurisprudence, with a certificate in Law, Technology, and Entrepreneurship from Loyola University New Orleans College of Law in 2019. While there, she served on the Editorial Board for the Loyola Maritime Law Journal and on the Executive Board of the Maritime Law Society. She was also published in the Loyola Maritime Law Journal in winter 2018. In addition to receiving her law degree, Ms. Veech received a Master of Business Administration from Loyola University New Orleans College of Business in 2019.

Ms. Veech was a Law Clerk at Brown Sims during her final year of law school before becoming an associate attorney.