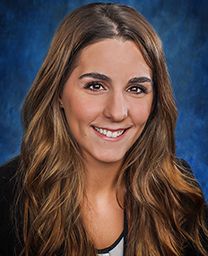 Ms. Lambert earned a Bachelor of Arts degree in Mass Communications, with a minor in Business Administration, from Louisiana State University in 2012. She received a Juris Doctorate and Diploma in Comparative Law from Louisiana State University’s Paul M. Hebert Law Center in 2015, graduating cum laude. While at LSU Law, she was named an Hebert Scholar and a Chancellor’s Scholar, as well as received the CALI Excellence for the Future Awards in Foreign, Comparative, and International Legal Research, and Advanced Legal Research. She served as a junior editor on the Journal of Civil Law Studies and was also awarded the Talley Anthony Hughes and Knight Centennial Scholarship and the Carolyn Brasset Walker Scholarship for her academic achievements.